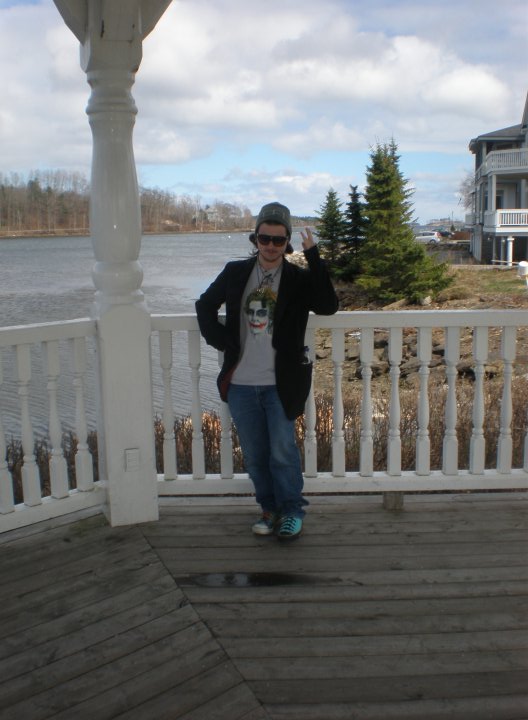 I sure was productive today, I got up at 1, relocated to the couch only to decide that I was hungry and then went out back to BBQ some non chicken burgers. Once I was done that I returned to base camp at the sofa and watched some more Criminal Minds. I’ve started rewatching the entire series and am now on the second to last disc of season two.

I almost just succeeded at cooking, chatting on msn (yes with you), listening to music AND blogging but it just didn’t quite pan out. I could only do three at a time. When blogging I wasn’t focusing on cooking and vice versa. Which means that my dream of having a blogging and cooking show have been shot to hell. As such I will be doing my best to not talk about it any longer as it hurts far too much, the wounds have yet to heal and further exploration of the topic will merely smear lemon juice into the wounds.

My only venture outside of the house today was when mom bribed me to go to Staples with her by agreeing to a side trip to Walmart, home of the impulse buy. Turns out Staples was far worse for me but mom picked up the tab, she got me a fan that plugs into my laptop, Stoppard, via the USB port and acts as a table of sorts for ol’ Stoppard that props him up and keeps the cool air circulating so he neither overheats nor burns the flesh from my legs. When at Walmart I did rather well at restraining and was quite proud of myself. I did however pick up RUSH: Beyond The Lighted Stage and When You’re Strange; A Film About The Doors and put it on the handy dandy PCMC.

Its odd, the clock says 12:34AM and I have to be at work for 9:30AM yet I’m still up and not tired, writing this nightly tome, listening to Treble Charger tunes from yesteryear. I should be tired because I just finished cooking and a fun filled day of being a layabout but the peepers are still wide open. Think I’m gonna go read some more of Stephen King’s Under The Dome, see what that lot is up to tonight.

Until we meet again noble gentlefolk.

PS I just had a very big scare, while I was in the kitchen I had my computer running off of battery and when I came back in I neglected to plug it in so all of a sudden this little message blipped on my screen and everything went black, I then scrambled to plug in the beast and it was all still black. I figured I had lost everything and that you wouldn’t be getting a blog, but then after staring with baited breath I hit a few random buttons and it started up and asked if I wanted to resume windows. Also as I’m typing I’m noticing this autosaves fairly often so I wouldn’t have lost all that much, either way, crisis averted and enjoy reading what almost wasn’t.

explicit content but couldn’t resist, I still know all the words.

“Wisdom too often never comes, and so one ought not to reject it merely because it comes late”